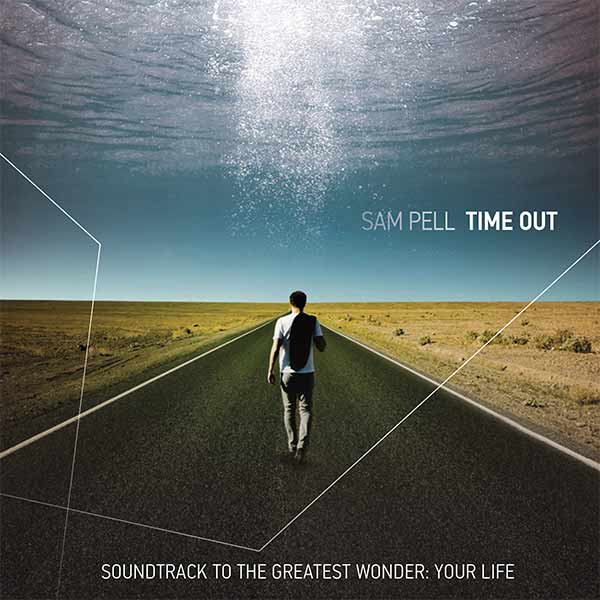 Sascha Çumiç, the initiator of the project Sam Pell was born in Braunschweig on 28. April 1975 to parents of Croatian origin, resident in Braunschweig, Germany.

With pots, pans, plastic bowls and wooden spoons, he built his first drum set at the age of four. He joined his school band as a drummer shortly after being schooled, where he played for many years and eventually gave drum lessons. After leaving school, he drummed for many different bands playing rock, pop, soul and electronic music.

Sascha had the habit of recording himself on cassette tapes while playing drums. The popularity of digital recording in the late nineties opened even more recording possibilities to him, eventually leading him to compose music digitally. Armed with Cubase and later on Logic, Sascha went ahead to create countless beats and songs for the next years to come.

In 2009 he moved to Hamburg where he worked as a stock manager. He had little time for anything else. After getting drained of life juice and left burned out through the pressure, monotony and demands of the job, he went for treatment. It is during the recovery process that Sascha Çumiç once more returned to what brought him joy the most: creating music. He composed a great lot, the best of which was developed into “Time Out”, his debut album.

Though being heavily influenced by R.E.M, The Doors, Lenny Kravitz, Depeche Mode, Jamiroquai and Coldplay, Sascha’s music is mainly instrumental, dramatic and epic. Generally daring and bold in his creativity, he is blind to norms and conformity. He has mastered the art of using unusual means to paint a sonic picture like distorting a Marimba with guitar amps and playing it backward.

Creating music brings him solace. It has always been so. He believes that creativity gives wings to the soul. Sam Pell was born out of the desire to share that experience with anyone who will listen. Especially those who share what he has been through. “Time Out” is the story of waking up, walking, running and flying after falling.

Being more on the restless side of the temperamental spectrum, music has always been the one thing that keeps him seated.